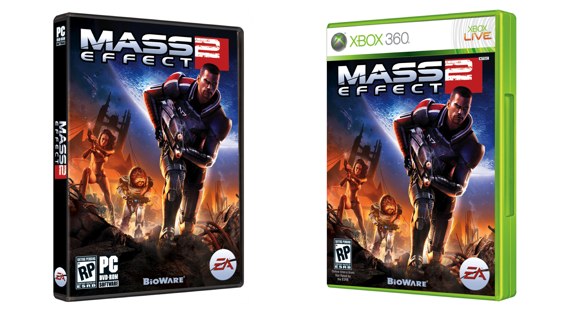 Mass Effect 2 may not be ready to save the galaxy until next year, but its cover art is all set to sell some pre-orders. The box features what may be Wrex (but, all Krogans look alike. Racist!), what appears to be a sexy version of Ashley (or Miranda Lawson... or Dead Space Girl) and the same dude from the original Mass Effect cover. We have NO IDEA who this guy is! He never appears in the game, but EA and BioWare keep insisting on putting him on the box and in the commercials. Maybe his identity will be revealed in the third installment.