Assassin's Creed II is the product of over two years of intensive development by the original creative team behind the Assassin's Creed brand. In a vast open world environment, the game invites players to incarnate Ezio, a privileged young noble in Renaissance Italy who's been betrayed by the rival ruling families of Italy.

Today we bring you the details regarding the special limited edition announced by Ubisoft. 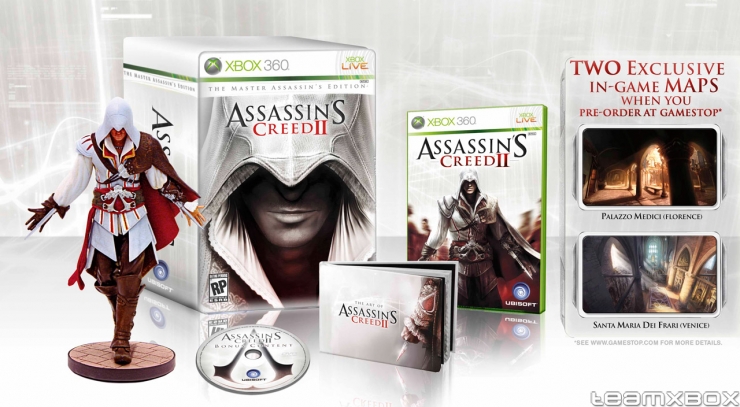