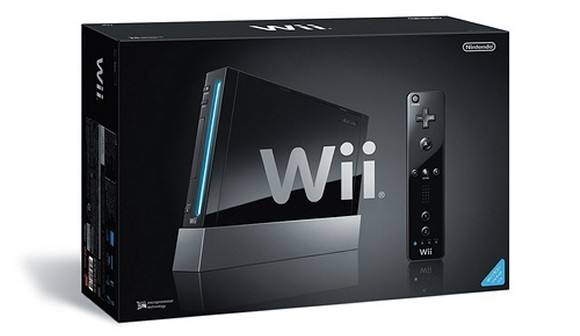 ALSO VISIT: OMGNintendo.com, your one-stop shop for all your Wii and DS needs!

Joystiq reports that a black version of the Nintendo Wii will go on sale in Japan August 1, 2009. In addition to the console being changed from white to glossy, PlayStation 3-esque black, the Wii Remote also comes in this new color. While the Nunchuk is not pictured in the Japanese Amazon.com page selling the black Wiis, we assume it will also be black.

There's still no word yet when and if the jet black Nintendo Wii will be sold in the U.S., but GamePro will keep you posted.

Notice that even the Wii Remote has this shiny black new look.

» Nintendo Action Figures
» My Black Sect Remake
» which .ctg book is most strong for black..
» Anyone from Perth buying from the Matty Black Friday sale?
» BGFs Black and White Ball
Share this post on: